Does your son like videogames more than shooting hoops outside? And maybe your daughter would rather chat with friends than practice soccer. Or vice versa. That’s okay. Many kids don’t enjoy participating on competitive sports teams. But research shows that kids who are more physically active enjoy better social, emotional and physical health – whether or not they’re “on the team.”

1.  Zamzee lets kids earn rewards for moving. And any movement that gets your heart racing counts – dancing, skate boarding, playing tag with friends –  even if you’re not a star athlete or a jock. On zamzee.com kids get to pick rewards to work towards, like gift cards or popular toys. This incentive makes it easier for kids to overcome the initial hurdle to get their bodies moving. Receiving a package in the mail from Zamzee for accomplishing a movement goal is motivating and fun.

2.  Zamzee empowers kids to reinvent their own identity. Imagine being the kid who always gets picked last for school sports teams. Of course that would be discouraging. But on zamzee.com kids are never excluded for being the player with two left feet. They get to choose how to represent themselves by designing their own avatar, their virtual identity, which can be realistic or whimsical.

3. Zamzee lets kids choose how they want to move. Kids don’t have to be a superstar athlete or MVP to excel at using Zamzee. They can just be themselves. As long as they pass a small threshold of activity, they’ll earn the same amount of activity points for making the game-winning slam-dunk as for playing with the dog in the backyard. 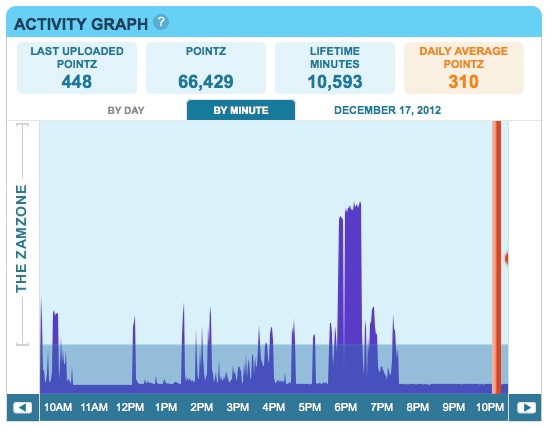 4.  Zamzee enables any kid to be successful, the star player. On zamzee.com kids can take movement challenges where they try to earn a certain amount of activity points in a specified timeframe. These challenges take the form of a story; for example, kids become superheroes trying to save the world or space explorers charting unknown territory in Mars. Not only is it very easy to pass these challenges, kids can re-take a challenge as many times as they want until they succeed.

5.  Zamzee makes kids part of a community. Imagine starting something new, something difficult. All by yourself. That probably doesn’t sound like much fun. But on zamzee.com kids are part of a community, one connected by movement. In this safe social networking context, being active and uploading your activity to zamzee.com is the norm. So all it takes to join in the fun is to get moving and friend some other users on zamzee.com. No kid is made an outsider. By harnessing the power of community we’re able to motivate everyone to move more.

Zamzee’s focus is on positivity, success and the fun factor. We believe that’s what helps kids get off the couch and stay off the couch.

Error: Twitter did not respond. Please wait a few minutes and refresh this page.